Purpose:
Urine testing for both prescribed and illicit drugs is increasingly used in both Laboratory and Point of Care settings. They are often used as part of agreed workplace drug and alcohol testing policy, however within the NHS testing is primarily used to monitor compliance with treatment replacement/ abstention in a community rehabilitation programme, or to determine recent illicit drug abuse or intentional or inadvertent ingestion of prescription medication as part of the clinical management of the patient.

The initial analysis is a screening test for commonly abused drug groups, e.g opiates, benzodiazepines, barbiturates, cannabinoids, amphetamines and cocaine, drugs used in the treatment of opiate addiction (methadone and buprenorphine) and novel psychoactive substances. Initial screens are based on immunoassays (laboratory and POCT) with a further confirmatory analysis in a laboratory using GC-MS.

Scope:
The EQA programme is suitable for both initial screening and confirmatory testing for a wide range of drugs. Each drug or metabolite is gravimetrically added to base urine from a negative healthy donor to provide a linear panel of samples that span the analytical range of most analysers. The “weighed-in” value and purity of the spiked drug is used to calculate the target value for quantitative results and in the interpretation of the qualitative results. Assessment of the qualitative results reflect “cut off” vales used by the majority of participants in the UK, and are higher than the European Guidelines for Workplace Drug Testing. Uncertainty of the gravimetric value is calculated from the Guide to the Expression of Uncertainty in Measurement (GUM).

The use of Gravimetric ‘weighed in’ values as a performance target in EQA data provides a stable, independent target that is not influenced by the overall or method mean. The linear panel of samples are distributed on a number of occasions facilitating the assessment of linearity, within and between batch precision and traceability, providing laboratories with ongoing evidence for their compliance to ISO 15189. Eighteen samples are distributed annually. 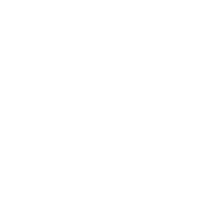